I just updated from Node.js 8.2.1 to 8.4.0 within my current project. The update to V8 6.0 really shines as I noticed some major real-world performance improvements.

So I decided to do some tests with the above mentioned versions and the latest LTS version, 6.11.2.

Each test ran nine times for each Node.js version.

The tests were conducted in dev mode (no minification, no uglification) with a Debian-based Docker container on Windows 10 Pro with HyperV.

As you can see, the system has more than enough power and is significantly faster than my MacBook. Docker on HyperV is incredibly fast and a joy to work with. 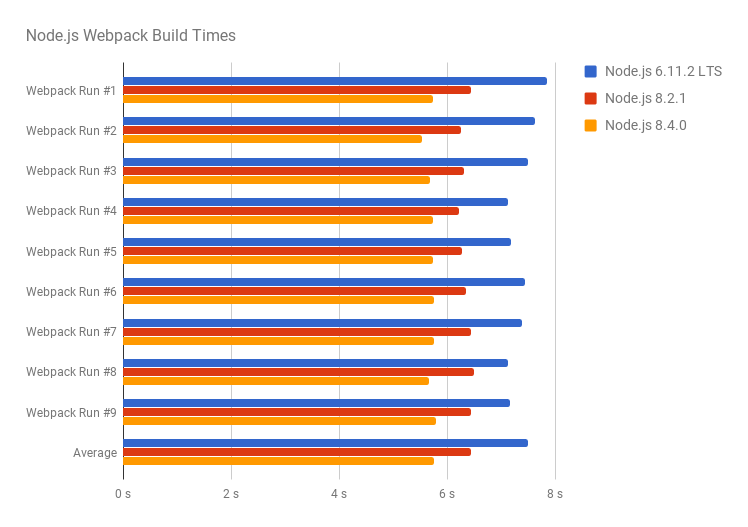 About 10% improvement with a minor version is a really big step and I’m really looking forward to the next V8 versions and even more power.